So yesterday, i was a bit ‘WTF’ when i saw a picture of a near naked women go past in my google+ stream. Now, I have nothing against pornography, nor near naked females, models, or anything of the sort at all. I just have a problem when its posted by what is supposedly a Technology related page. In this case, it was TechWebCast 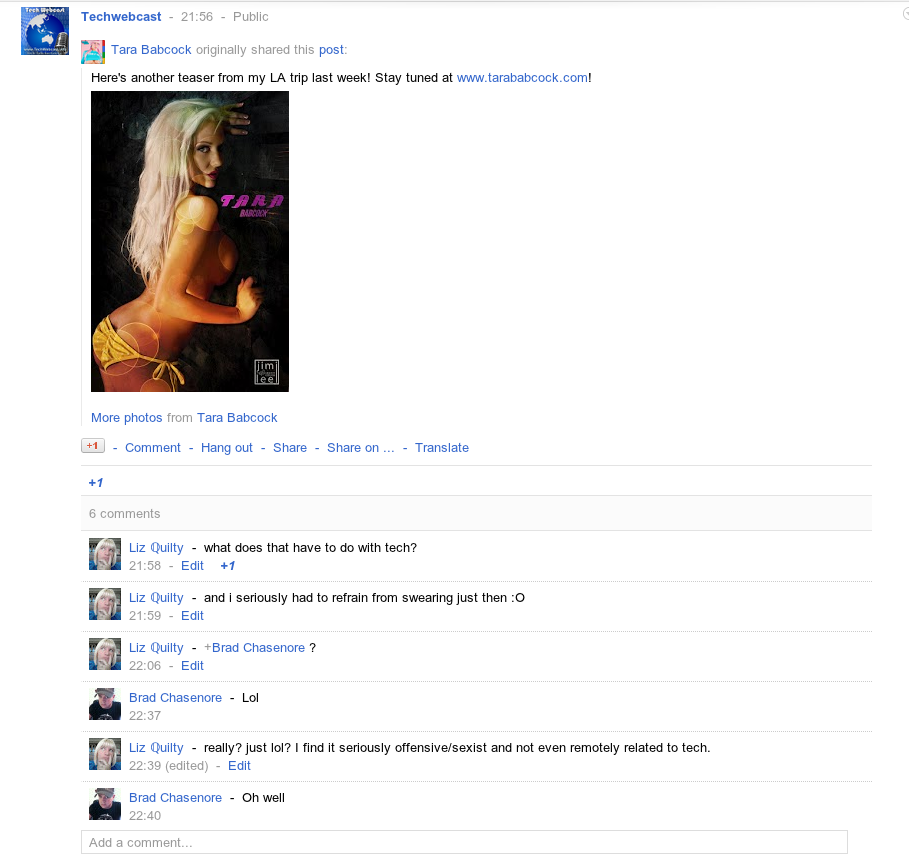 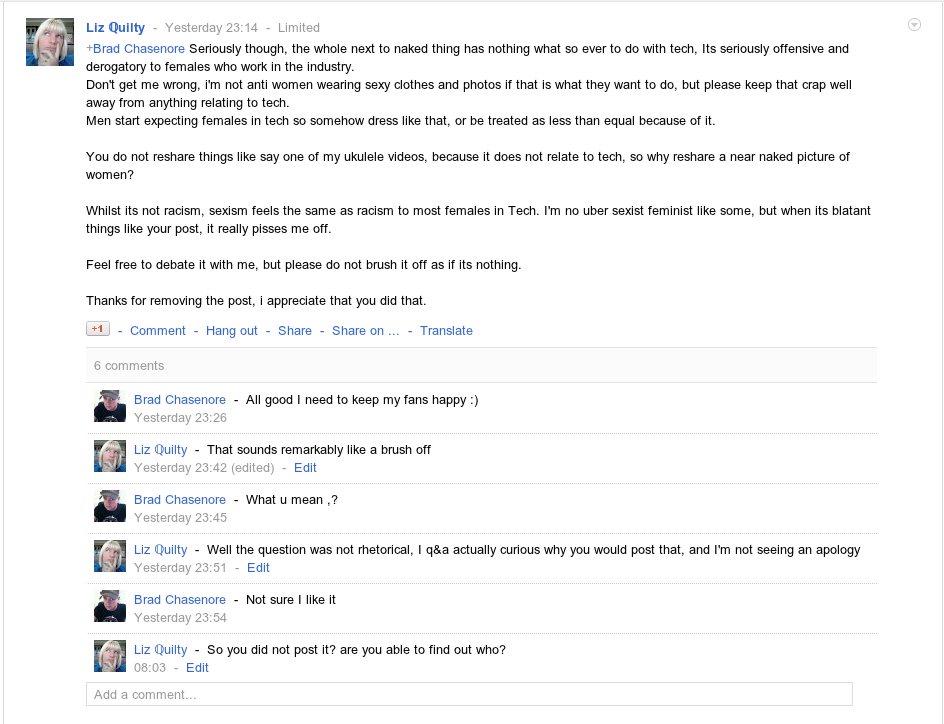 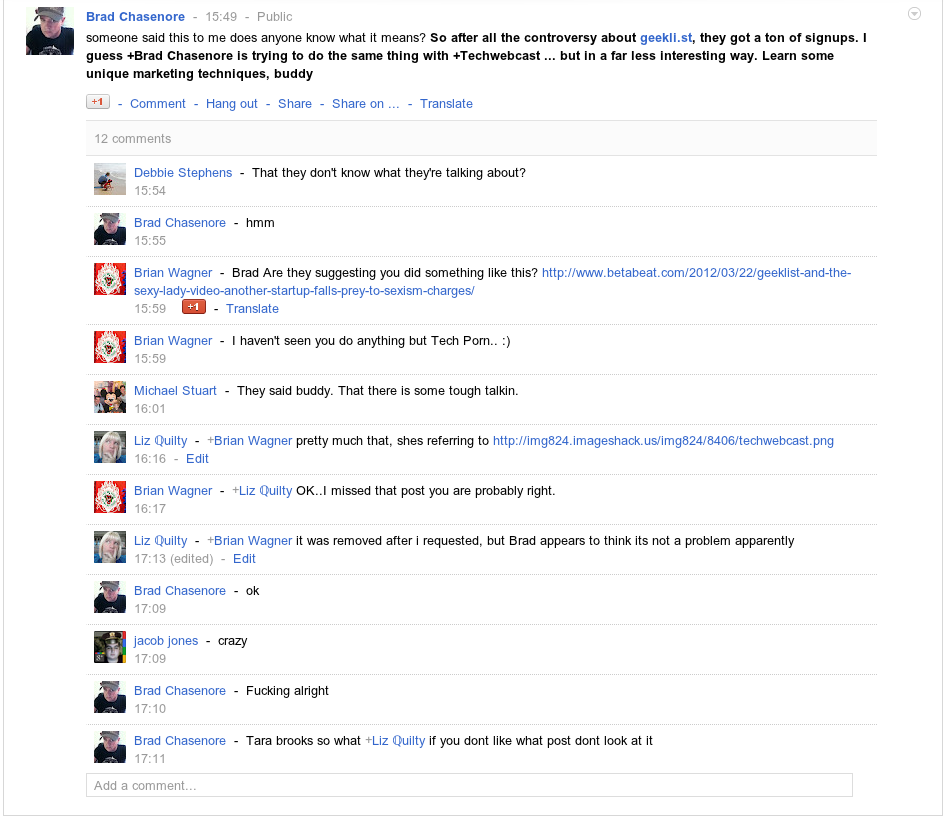