I had some scraps of Mahogany leftover from making my Ukulele, they were nice and thin and just dying to be used for something awesome. I also had some 4mm marine ply from another project, so decided i needed to make something to hold business cards.

First I put a card on the wood, and cut 3 pieces of wood (2 mahogany, 1 ply) to a size just a little larger than the card. I then cut the plywood out to be a C shape, with the C being the slightly larger (by 1-2mm) size of the cards i wanted to put inside.

I glued the 2 mahogany sides on, one on each side and cleaned up all the edges. I used a dremel sander to cut an indent into the top so i can get cards in/out easily (the 2mm mahogany is brittle and thin), then sanded it and oiled the lot. This is clearly to brittle to be in a back pocket, but should be fine in a top pocket or my bag , and looks fantastic when i take out a business card for somebody 🙂 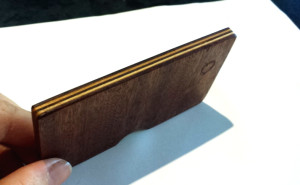 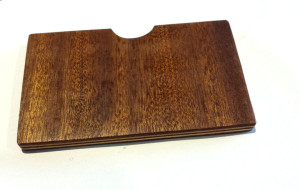 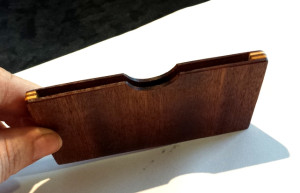 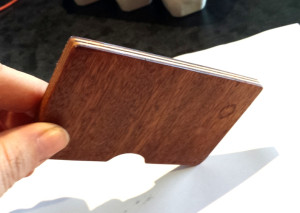 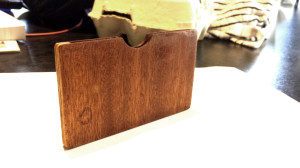 Hi, I’m Liz Quilty, you may remember me from such places as TWiT.tv and Rimuhosting.

If you came here because you saw me on the recent FLOSS weekly , great to see you! generally i interact over on Google+ mostly, and sometimes twitter.