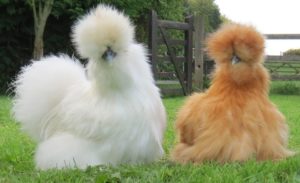 Moving on to the more fun project, i ended up using scraps of things from all over the show. My son had an arduino car that had a servo AS3013 (3kg) that i took, along with a plastic end spinning thing. I attached a piece of dowel to that, and made a crappy mount. This is what my high tech setup looks like. 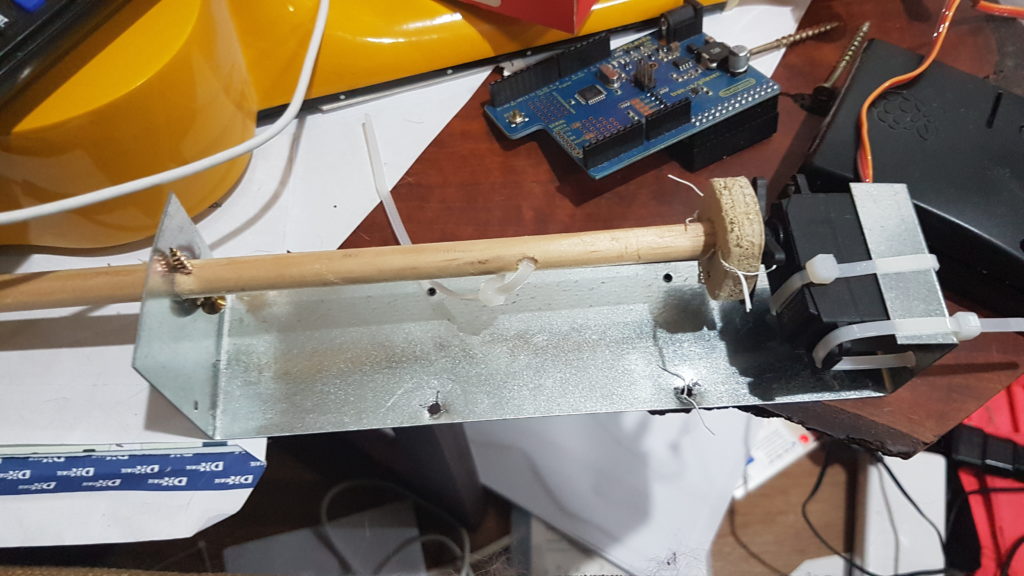 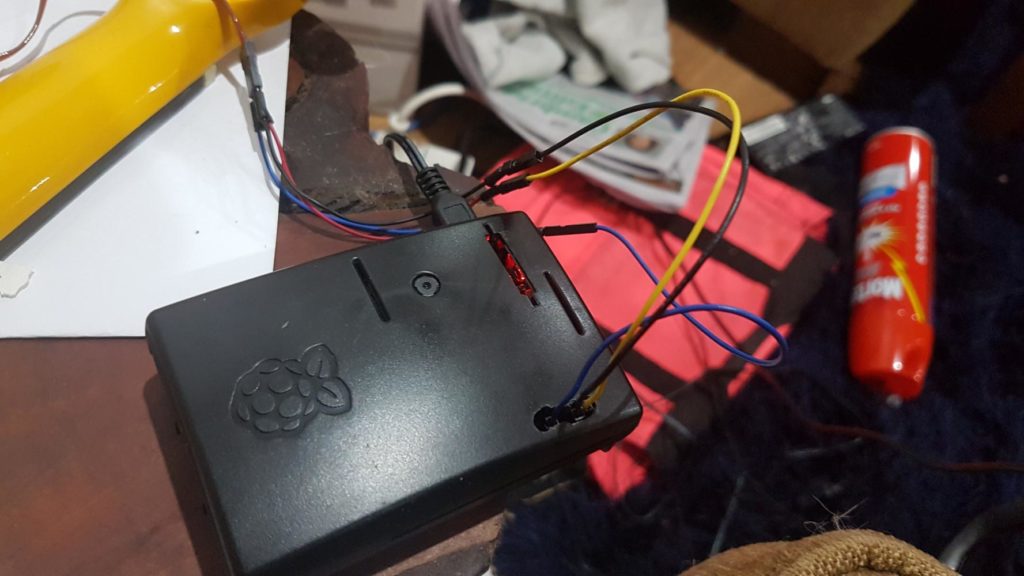